Hi all,
My new (and first ever) OSRIC module is out for sale in pdf!
POD versions will follow soon. 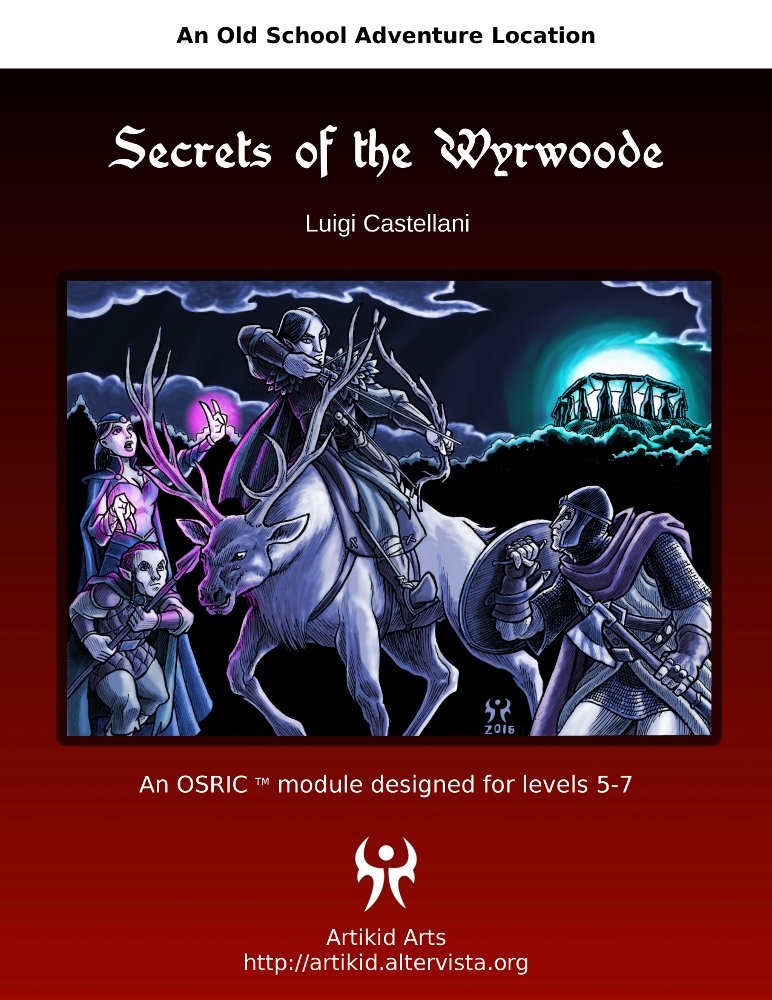 The standing stones at the heart of the
ancient forest known as the Wyrwoode
once was the headquarter of a savage druid cult.

But those barbaric days lie in the past.

Children are being kidnapped on new moon nights
as fairy raiders from the old forest rampage throughout the Downs.

Are you going to be the hero that brings peace to the duchy?

Or are you going to use for evil the secrets discovered
in the fairy realm on the Other Side?

The forest known as the Wyrwoode is a pretty normal wood, but once it -and its ring of standing stones- was sacred ground to an ancient and quite savage druid cult that
was disbanded by the local duke a couple of centuries ago.

This OSRIC (TM) compatible module, is a location-based adventure for character levels 5-7.
The players will have to fight, explore, and interact with lots of interesting NPCs both in the mortal realm and the fairy kingdom known as the Other Side.