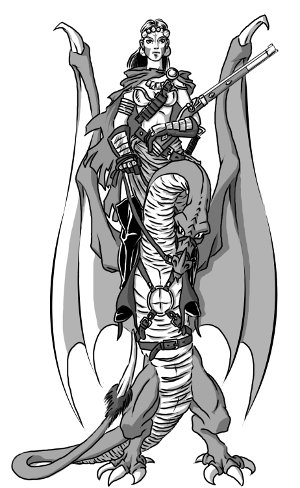 Also known as UTMOZ, is the grand child of a previous project of mine Kalevala.

Kalevala was originally born in 1991 as a one of many cheap italian role playing, live action and board games collectively known as “Giochi del duemila”.

Of all these mini-games Kalevala was chosen to be published in Kaos a games’ magazine published at the time by Nexus Games.

Kalevala used a sort of universal mechanic based on 1d20 and used a free-form magic system similar to that of early versions of Ars magica.

Later on -circa year 2000- Kalevala got translated to English and completely revamped to use only d6s for publishing under Demian Katz’s Aegis.

While rewriting kalevala I had the distinct impression that the new system had potential, and already at that time I had a compulsive need to write COMPLETE rulesets, as complete as my beloved D&D Rules Cyclopedia.

UTMOZ was born from the revamped system for Kalevala, adding psionics, weird science and much more and removing magic. The main inspiration for the background setting is John Carter of Mars by Edgar Rice Burroughs.

Get it on DTRPG